Original translation by Nash Montana from an article published by the German tabloid B.Z.. A teacher tells of her nightmarish year in a culture-enriching learning environment in Berlin.

With lots of enthusiasm in store, this teacher began her employment at one of Berlin’s hot-spot schools; the school has a 90% migrant ratio. She was convinced and she was certain that she could bring change to the place. But as a graduate in education she found herself extremely ill-prepared for the excruciatingly intolerable truth.

A permanent lack of teachers, ignorant parents, kids with extreme behavioral issues. “When a 9-year-old boy shows you the middle finger and says, ‘I’ll f*** your classbook’, what should I do then?” Katha Strofe (32, name changed*) asks. 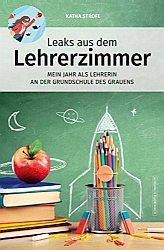 Now Katha has written a book about her experiences: Leaks From the Teachers’ Lounge — My Year As a Teacher at the Elementary School of Horror. It was published on November 1, 2020 by Schwarzkopf & Schwarzkopf Press. She wrote the book under a pseudonym because: “I have to keep silent about the goings-on at the school — but my conscience tells me otherwise.”

Strofe passed her one-year teacher’s training with on-site security guards. Although she was originally hired to teach German in the Welcome Class for Refugees, she never even got there. “From the very beginning, I was used as a substitute teacher for all other subjects: Math, English, Art, even Sports, even though I wasn’t in the slightest qualified,” she says.

28 children were in her classes — many from problem families, half of them without any knowledge of the German language, and five special needs kids [Inklusionskinder] with no tutors.

A normal class according to the syllabus was simply not possible: “The few good students had it the hardest. While my attention was completely absorbed with putting out fires all the time, they stared holes into the air. In the fifth grade, I taught at the level of the second grade.”

Respect towards female teachers? Non-existent! “The kids, some of them from known large family clans, are miniature editions of their older brothers,” she says. “School was uncool, and when a kid had good grades, he got immediately trashed by the whole class.”

And further: “Homework gets done rarely. When I announce to them they should inform their parents about something, they laugh and say: ‘Why don’t you, if you can speak Chechen?’”

For parent-teacher conferences, only six mothers and fathers showed up. “They evade responsibility by telling the teachers, ‘You teacher, you do!’ And if they don’t like something, they cuss at us, and we get spat at.”

The stress at school has tough consequences: Katha Strofe developed insomnia; her sleep patterns were disturbed. She was full of fear and worry every time she showed up at school in the morning. And these weren’t isolated incidents! “30 to 40 percent of all teachers phoned in sick every single day,” she says. “I never knew which class I was supposed to teach that day. School didn’t make sense anymore. At some point all I did was copy mandalas so the students could color them in.”

What was worse: The very important welcome classes were being extremely neglected. “I met an eleven-year-old Serbian girl who could neither read, write, nor do math. And she wasn’t the only one.”

Katha Strofe left the hot spot school after a year, and she is now teaching at a grammar school. “I was able to leave there; I could flee, but the kids that I left behind can’t do that,” she said with alarm. “They will fail, and so will our society.”