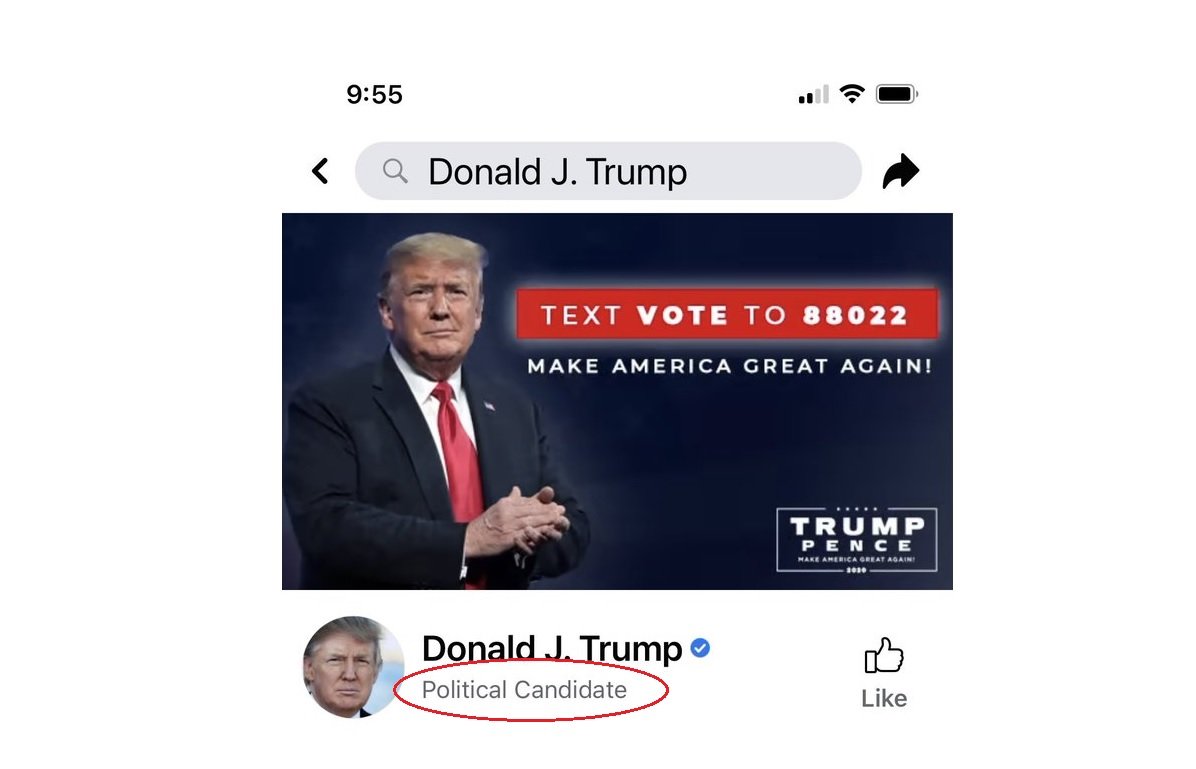 As if that’s even possible.

Facebook removed the title of “President” from Donald Trump and designated him as “Political Candidate.”

By striking out the words PRESIDENT TRUMP, and replacing them with “Political Candidate”, on his Campaign Page on Facebook, Facebook has done something that has never been done before: Openly snub a President, internationally, and without a doubt disrespecting the office of the President of the United States.

It is downright disturbing.

If it was so easy that we could just erase a President, I’d erase Barry Soetero aka Obama.