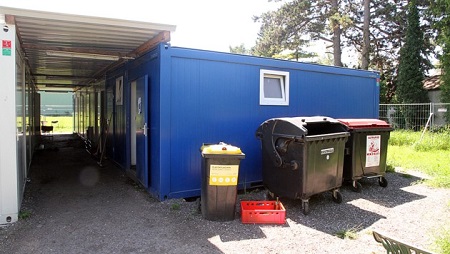 A 15-year-old girl was raped by two culture-enrichers in the Austrian city of Tulln. Her assailants were eventually acquitted.

Now the victim has died of meningitis. Her illness and death are unrelated to the gang-rape — or are they?

Somalia is Ranked #4 in the world for Meningitis. This, of course, is just a coincidence.
https://www.worldlifeexpectancy.com/somalia-meningitis

Original translation by Nash Montana from this article from the Kronen Zeitung:

After rape ordeal in Tulln: Sandra is dead!

What this girl had to go through cannot be put into words: Two asylum seekers raped the then-15-year-old in Tulln; DNA traces were found and secured; all violence was documented. Expert witnesses deemed the victim’s side of the story to be completely plausible — yet still the two asylum seekers were acquitted. Due to doubts. What is left is a host of questions. Sandra will never see the answers to them: She is now dead.

On Saturday afternoon Sandra (name changed) was complaining of severe headaches. She was taken to the hospital and was unable to function anymore. The 17-year-old succumbed to a particularly severe case of meningitis the same day.

The outcome of the trial had caused the country severe shock

She never really felt comfortable in her female body; she was attracted to other girls/women. On that fateful day of April 25 2017, she was on her way home from the train station in Tulln. An Afghan and a Somali — both 18 years old at the time and living in a nearby asylum seeker home — followed her, then pulled her down and raped her.

DNA traces were secured from the girl’s entire body. And the girl recognized her assailants at the police station. They were brought into court — and the outcome of this trial last March caused a nationwide shock. The accused rapists were acquitted.

Acquittal due to doubts

Yes, they had “fun” with Sandra, the duo made no bones about it. There supposedly was marijuana that the girl had brought with her, and the “joint consumption location” had been determined by her. Acquittal due to doubts! The accused walked away free. Deportation was ordered, and the Afghan was compensated with more than €6300. Whether the two men still live in Austria is not known.

“After the acquittal, Sandra became depressed”, says the lawyer Ewald Stadler. She couldn’t function in daily life without the help of medication.

Afterword from the translator:

Many people have syphilis for years without noticeable symptoms. Because of this, it’s often left untreated. If it’s left untreated, syphilitic meningitis can quickly progress and cause death, within days.

I’d have to have more information on Sandra’s life between the rape and her death, to find out if she was sick, if she was diagnosed with syphilis, etc.; nothing is to be found. But I think it’s entirely plausible that this is what happened.