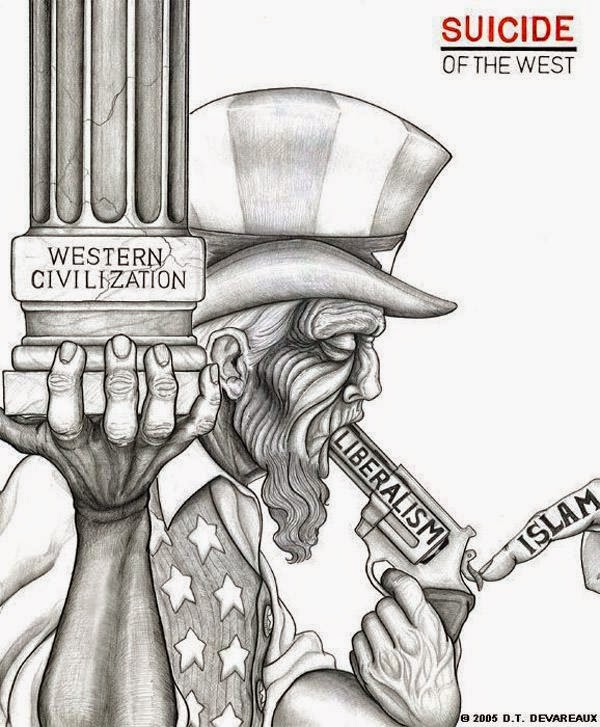 Two staggering videos exposing the real teachings of Islam within Germany
The first video is about the DITIB mosque in Hamburg mostly. DITIB stands for Turkish-Islamic Union for Religious Affairs in Germany. They have contracts with the German government to aid in the integration of muslim people in Germany.
This video exposes the Turkish government’s open campaigning for war with the Western world, and as you watch on, you’ll see classic examples of arabic lying, ridiculing, and downplaying and Taqiyah. It shows that DITIB does anything BUT try to help and integrate muslims into Germany. Quite the opposite is true.
You’ll also notice that arabs are insanely dumb, their intelligence is close to being retarded. I’m not saying that because I want to slander them, I’m saying it because it’s obvious.
Watch:
https://vid.me/Wef9
The second video is a little broader, also about the DITIB mosques in Germany, and it exposes the long arm of Turkey into German schools, including how Shariah has become a way of life for most Turks in Germany, and that there is literally no integration.
It also shows how anti-semitism and anti-Western values are taught in schools and online and in mosques.
Watch:
https://vid.me/fLA5
Both videos translation Nash Montana, subtitling Vlad Tepes.