Mein Kampf is the notorious autobiography written in the 1920s by Adolf Hitler, in which the future Führer laid out his plans for a revived Reich and the expansion of the German Volk into new territories in the East.

Last year the Bavarian government’s copyright for the book expired, and it became legally possible to print and distribute it again in Germany (as I understand it, it has never been illegal to possess or sell the original edition of the book, provided it is not used to promote right-extremist views).

However, it’s not legal for government employees to read it, not in public. That’s what an unfortunate public employee in Berlin discovered when he pulled out a copy of Mein Kampf to read in the break room. Now he’s out of a job.

A Nash Montana translation of this article from B.Z   Edited and published first by Baron Bodissey

An employee of the municipal public order office read Mein Kampf during in the break room and his job was terminated. Now, the labor court has ruled the judgment legal.

A uniformed employee represents the country and cannot show Nazi symbols: Because he took out of his backpack a copy of Hitler’s Mein Kampf with a swastika on the cover, a long-term employee of the municipal public order office has been terminated from his job.

The labor court in Berlin-Brandenburg rejected his appeal. He felt he was fired unfairly: Martin B. (39) has been employed since 2008 in the public order office in Berlin (€3,000 per month). As such, he wears a uniform for the Reinickendorf district. For €3,000 gross income per month he went after parking violators and dog owners.

August 11, 2016. In the station’s break room, Martin B. grabs a book from his backpack. It’s the propaganda work Mein Kampf, author: Adolf Hitler. Original edition, swastika on the cover. “From the flea market,” he said. “Can’t read that here,” the shift superintendent intervenes. After twenty minutes of back and forth, he puts the book away again.

“A jackassery,” he says today, adding contritely: “I have no interest in Nazis.” To back up his claim he presents his clean army credentials. Nevertheless his employer terminates him immediately, then officially sends him a legal termination of employment for December 31, 2016. “Use of right-wing extremist symbols,” he cites.

The municipal employee had sworn an oath on the Basic Law. The Hitler book might be read, but not in its original print with the swastika on the cover, and especially not in public; that would endanger the peace of the workplace. Human services agreed with the termination.

And now the labor court as well. In their statement the court states that: “The employee is walking around in a uniform as a representative of the district of Berlin, and he is therefore particularly obliged to stand up at all times for the liberal-democratic basic order in the sense of the Basic Law. With the public showing of a swastika, an unconstitutional symbol, he went against this obligation in a severe manner.” 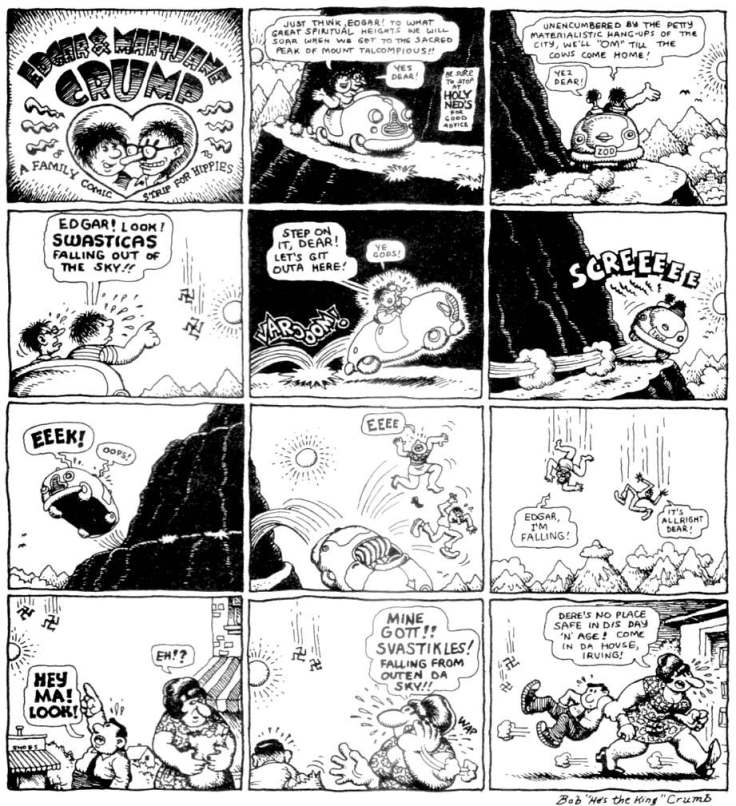 Did you know that the MAGA hat represents genocide? Genocide of a “bunch of people”?

How about, it was the MAGA hat that shows what a bunch of despicable hypocrites the leftists really are, how it has smoked them out.

She should’ve been smart and worn her hijab, then the other person would’ve been removed.

September 29, 2017 0
Merkel has officially crossed over into Hillary land, minus putting the blame on everyone and everything else – yet – because technically she hasn’t lost the election. She’s still Mutti, after all. Still the Chancellorette of Germany. the Grand Poobah of the Islamic Invasion.
If Merkel had lost the election, she and Hillary could join together and go on a world blame tour. Beware the wrath of misunderstood, rejected feminazis when all they want to do is destroy civilization as we know it. Why can’t we just understand them better? Why?

Here’s the introduction from Politikversagen, where the video was posted:

Not even after her historic electoral dysfunction can the grandest Chancellor of all times see any mistakes in her decision-making. Any resemblances to the Führer bunker or the ZK of the SED [Central Committee of the Communist Party of the DDR] are certainly totally coincidental.